We raised the topic like a glass at a wedding, full of anticipation — and yet we sat there,  staring at the floor, waiting —  silence.

I have a small group of good friends, my inner circle. We refer to ourselves as a ‘band of brothers’ (a reference to Stephen Ambrose book, “Band of Brothers”). We like the term. It reminds us of our need to be there for each other, that we are not alone – we have intimate allies who have our back, who believe in us, who we can turn to.

Over the years, we’ve gotten to know each other well, and we’re pretty good about spotting blind-spots in each other’s lives. So, I made the suggestion a while back that we take some time to reflect and affirm the ‘glory’ of each other’s life. (By ‘glory’ I mean the weightiness and strength of our life. God’s work in us, expressed, our effect on others and on our world.) 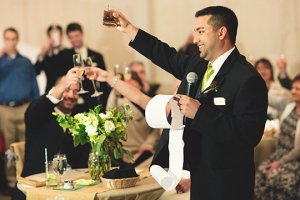 So, the date arrived and we gathered to talk. We raised the topic like a glass at a wedding, full of anticipation — and yet we sat there,  staring at the floor, waiting for someone to speak — silence.

Why is that?  We were excited about the idea. We’ve walked together for years – this should have been easy. Joyful. Confirming. Celebrative. But it wasn’t. It was awkward. When called upon to recognize, reflect and affirm the glory we see in each other’s lives, we floundered.  And frankly, it really rattled me. What does this say about our friendships? Is this just normal? Just true of most relationships?

How about you? What’s been your experience? END_OF_DOCUMENT_TOKEN_TO_BE_REPLACED

It happened again. It was a beautiful, sunny, perfect day. I was relaxed and at rest on the couch and having a conversation with a great friend. And it happened… again.

The conversation that morning began light and fun. But it took a subtle turn as the conversation drifted into deeper water (difficult issues about life and struggles and people). I began drifting into an all too familiar self-righteousness, a “Holier than thou” way of thinking.

You’ve seen this happen… some people make it sound better, calling it a “soapbox”. It usually occurs when someone feels like they have a certain thing “figured out”, nailed, are living it well, and so they begin to “tell it like it is.” Unaware, intentionally or not, they begin to look down on and minimize those who don’t have it figured out, who aren’t living it as well, who aren’t doing it ‘right’.

I get like this sometimes. I boil down complex issues to a single sentence, a simple tip, technique, or bit of advice. “If they had only done x, y, and z. this wouldn’t have happened!”  “Don’t they know the bible says xyz about that?!” “They are just messed up.”  “They brought it upon themselves!”  “All you gotta do is…”  And on it goes.

I might have gone along unaware of myself and my impact, until when, with feet planted firmly on my soapbox from which I’m expertly diagnosing and solving yet another of the world’s problems, I’m stopped dead in my tracks — utterly halted by a simple, loving act.

A Mirror.  My friend held up a mirror. And in it I saw a glimpse of the fruit that is my life.

My life wasn’t bearing the fruit I hoped it would. END_OF_DOCUMENT_TOKEN_TO_BE_REPLACED 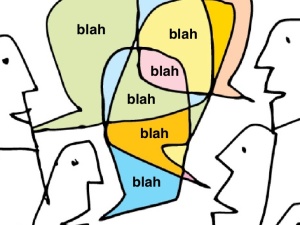 The holidays are upon us (again). And this means parties, get-togethers, and family gatherings. So, it got me thinking about both the joy and the misery we feel when it comes to gathering together with others.  For those “social butterflies” reading this, you will read my words and think “Duh” and wonder why any of this needs to be said — for you, read this as a sort of refresher and pick up an idea or two for your social toolbox.

For the rest of us non-social-savants, I’ll offer some really practical thoughts & ideas to give us encouragement and confidence END_OF_DOCUMENT_TOKEN_TO_BE_REPLACED